Pilgrimage in the Berlin-Brandenburg region

The Way of St James

The project of a route through the German-Polish border region, implemented in cooperation with the Association, is dedicated not only to pilgrims who want to deepen their faith in this way, but also to those who set out on a journey for various reasons.

Walking or cycling along the paths of St James through West Pomerania, through Brandenburg and the regions of Uckermark and Barnim, offers the opportunity to look back and take a break from the pressures of everyday life. It is also an opportunity to discover and get to know new regions. It is a challenge for all those who seek sporting challenges in the middle of almost untouched nature or for those who seek the vast countryside as a respite from hectic reality.

The future of the development of the St James' Route lies in taking initiatives to encourage members of churches, local parishes, local guardians of the routes, hostels and private persons willing to host pilgrims to participate in the process of creating the network of the Way of St James. Thanks to such activities, the importance of the Polish-German border region will increase, and part of the culture of our region will be brought back to life and saved from oblivion.

Via Imperii Szczecin to Berlin

The Via Imperii was an old trading route in the middle ages from Szczecin to Rome. In Leipzig the route crosses the via Regia to Santiago de Compostela.

Already in the Middle Ages, pilgrims travelled along the Via Imperii to Jerusalem, Rome and Santiago. Today, within the European network of routes under the common name of St James's Route, it connects countries, different regions and, above all, joins many initiatives aiming at the development and maintenance of the tradition of Jacob's routes and pilgrimage.

In the West Pomeranian Voivodeship, located near the Polish-German border, the network of the Pomeranian Way of St James coinciding with the Via Baltica route along the Baltic Sea coast has been under active development for several years. In Brandenburg, the Jakobusgesellschaft Brandenburg-Oderregion e.V. takes care of the three routes designated so far. The association's goal is not only to care for the trails and paths, but also for the pilgrims, hikers and cyclists who use them. The project's partner on the Polish side is the Szczecin Foundation, which is responsible for marking out and blazing trails between Szczecin and the German-Polish border. The work makes it possible to integrate this section into the pan-European pilgrimage route to the cathedral in Santiago de Compostela and to fill the gap in the German-Polish border region.

The nearly 200-kilometre section of the historic Christian pilgrimage route runs through Gartz and Schwedt on the Oder River, through Angermünde, past the Chorin monastery, through Eberswalde and Bernau to Berlin, where it connects to a route which is currently being built through Leipzig, Hof in Bavaria and Nuremberg.

Markings of the way 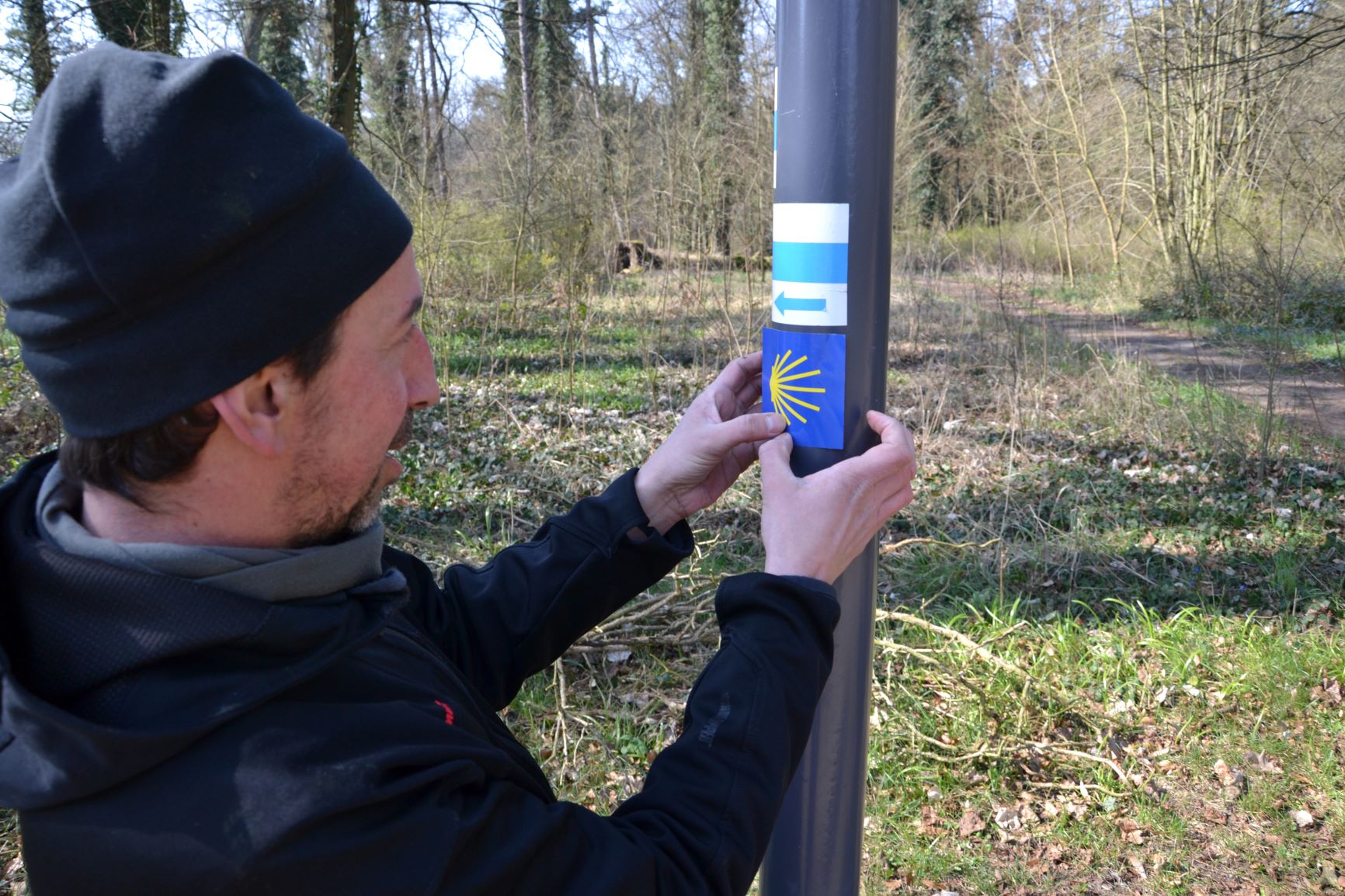 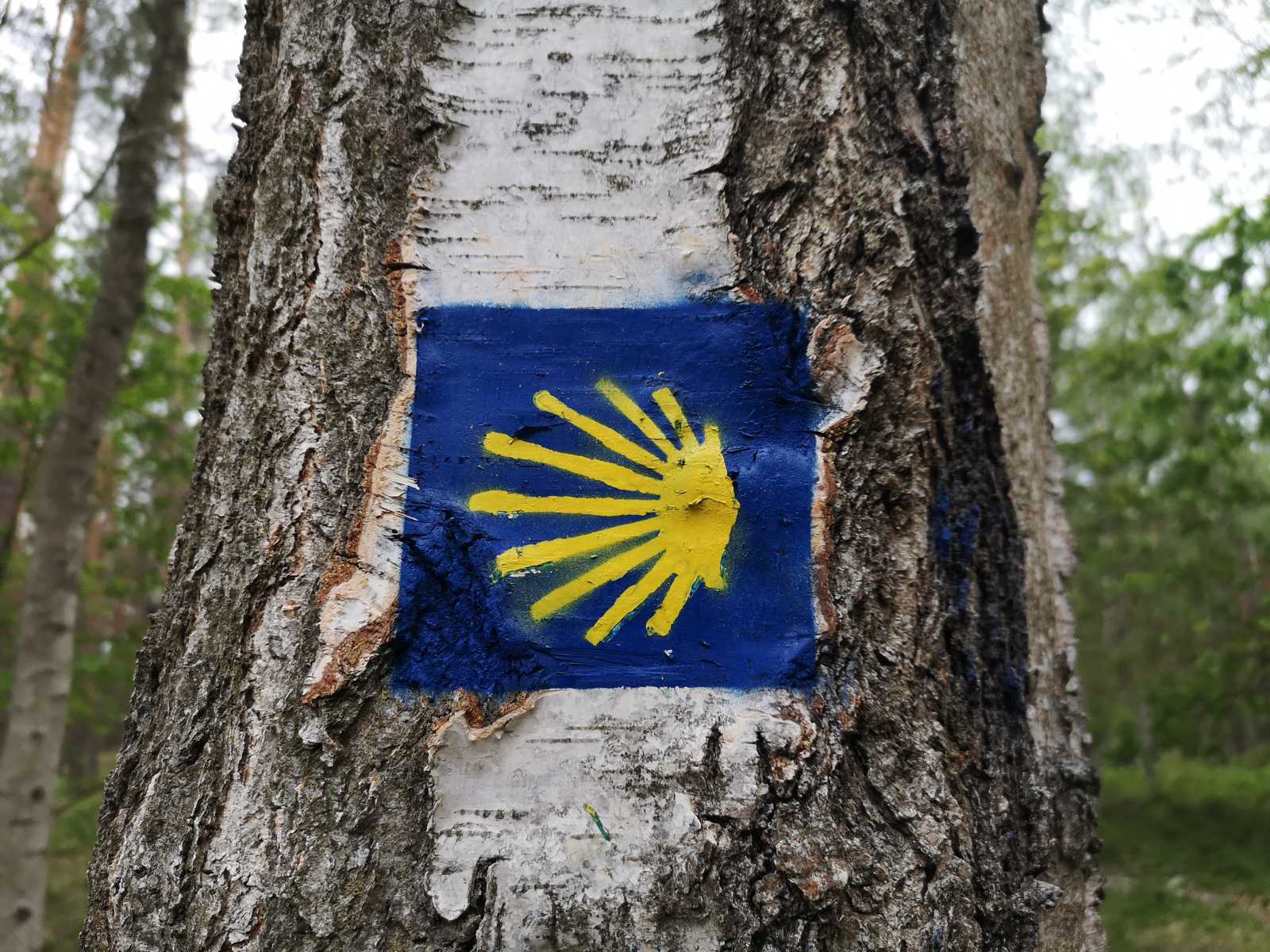 In Spring 2020 the reactivation started with the markings of the pilgrim’s mussel in the county Barnim:

The Association will carry out information and promotional activities, among others, through interregional publications, dissemination of maps, leaflets and making information available on the Internet. The association will also provide information to all interested parties and will take care of the road signs.